During the mid-twentieth century, Cooperstown became a major attraction for baseball fans and tourists from across the United States. Doubleday Field was increasingly used for major events by the village, such as Rotary Club auctions, Halloween parades, beauty pageants, and health clinics. Major League Baseball hosted marquee events and exhibition games at the field as well. As a result of increased visitation, it became apparent in the early 1950s that there was not enough seating for these large crowds.

In September 1953, two landowners, Carrie S. Lippitt and Nettie Mulligan, sold parts of their Elm Street residence backyards to the National Baseball Hall of Fame and Museum so that bleachers could be constructed along the right-center field section of the stadium. In November 1953, the ground was broken at Doubleday Field for new concrete bleachers, replacing wooden seats on the third-base line, right field, and right-center field Upon completion of the concrete bleachers, the field’s seating capacity increased by 5,800 seats, at a total cost of $201,977.65. Additionally in 1954, with the addition of new railings around the infield, a cyclone fence was erected in the outfield above the bleachers. In 1957, the National Baseball Hall of Fame’s Board of Trustees voted to re-roof the grandstand, though the extent of these repairs is unclear.

In 1959, a portion of the Moakler property, near the first-base line, was acquired by Harry Cook for the Baseball Hall of Fame. That year, Boston Red Sox owner Thomas Yawkey donated a set of Safeway steel bleachers from Boston’s Fenway Park to Doubleday Field. Thomas Yawkey’s bleachers consisted of a total of 45 rows of seats, each 265 feet long, with a total of 5,842 seats; only the lower portion, with seating for 3,179 fans, was installed in October of 1960.

In December of 1961, the decision was made to remove excess trees and shrubbery to accommodate thirty more parking spaces in the Doubleday Field parking lot. Less than a year later, community planners proposed building a parking complex in the Doubleday Field parking lot that could accommodate 400 cars; this plan never materialized. A larger-than-life sculpture of the “Sandlot Kid,” by Victor Salvatore, was erected near the Main Street entrance to the Doubleday lot in April of 1964 after being gifted to the village by F. Ambrose Clark

In 1978, new aluminum bleacher seats were installed at Doubleday Field on the existing concrete base, in all areas except the grandstand. This allowed the village to reduce the amount of money on annual repair costs for the seats. Other improvements to the field during the late twentieth-century include the installation of an electronic scoreboard in 1984. Protective padding was also added to the outfield wall during the open baseball season. 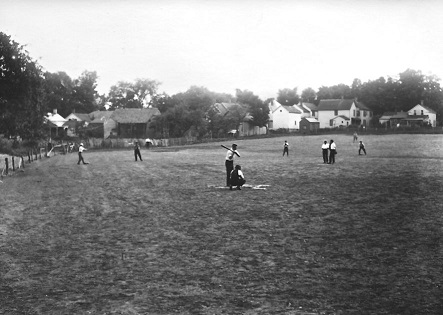 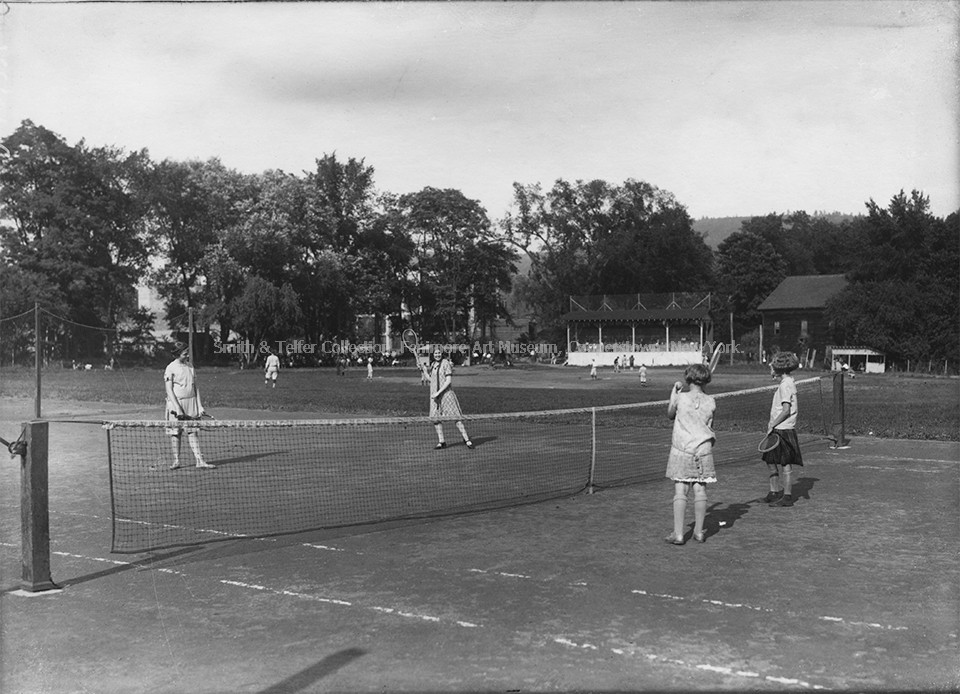 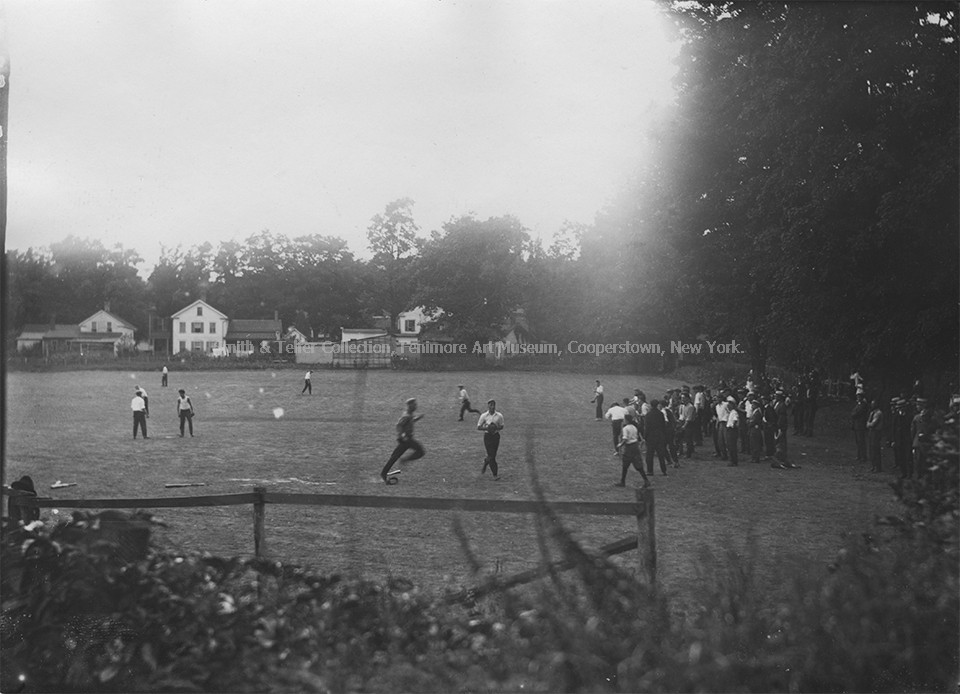